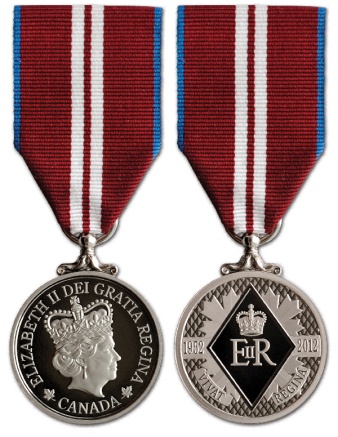 In March 2013 Ewan Wardle of the 7/60th was awarded the Queen Elizabeth II Diamond Jubilee Medal in recognition of his longstanding contributions to the preservation and promotion of the City of Toronto’s heritage.  A staff member of Fort York National Historic Site and former commander of the Fort York Guard, Ewan recently advised on the creation of an acclaimed War of 1812 commemorative mural entitled ‘Battersby’s March’ unveiled in Toronto.